The conservation of items Perth from the motorists and the motor trade and automotive industry is imperative. Below are some of the projects under way, planned or under consideration:

1. The Motorist & Wheelman - a WA magazine published from 1915 to 1940 - work has begun for the digitising of this entire collection, from several sources, each of which is an incomplete set. An extremely important historical record. This project is being undertaken in co-operation with the Battye Library and is partly funded by a generous donation from the Council of Motoring Clubs. WA periodicals such as The Visor are to be considered after this project is completed. A special rig has been purchased to enable ideal photographing of historical documents.
2. The A John Parker Collection - largest known collection of files of data motor on dealerships containing assorted print material on the 858 mainstream retailers and 1000 photographs.
3. Local motor racing films in the hands of members and the public to be collated and made available commercially.
4. The stories, records and photographs of the Ford Motor Co of Australia at Leighton, and the GM-H Assembly Plant in Mosman Park and the 15-20 smaller assembly lines in the Perth metropolitan area 1900-c1970.

In early 2006 Motoring Historians WA undertook to save a fascinating piece of our motoring history. From the 1950s the Tough Instrument Service Company (TISCO) had a novel promotional idea in mounting a giant, operational speedometer on the back of their van. This became a well-known vehicle around Perth. Later a Mini van was fitted with a similar device.

Motoring Historians WA has been given this historic speedometer and it has now been mounted on a backboard simulating the Austin van illustrated here. It is on display at the Motor Museum of WA at Whiteman Park.

As a special project, MHWA commemorated Morgan's 100th anniversary at our display at the Classic Car Show in March 2009. An excellent representation of the marque was displayed, thanks to member Craig Atkins' efforts. We fielded several enquiries about motoring history items and members sold books, DVDs and photographs they've published. Some photo displays of Western Australian motoring history also created considerable interest. 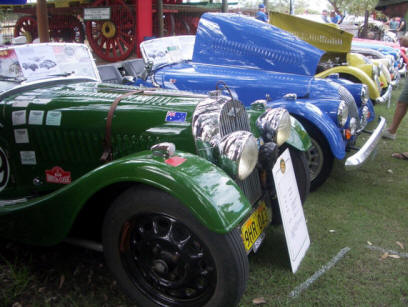 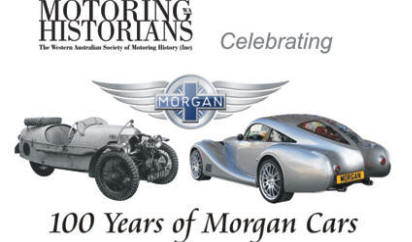 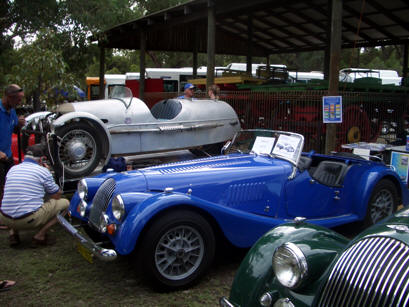 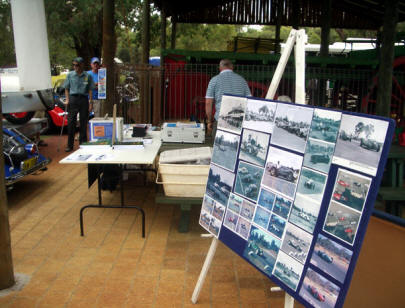 A large book covering Western Australian motoring history is being planned. A special group of MHWA members has been working on this project for some time now. It will feature many never-before published photographs, providing a unique insight into into our motoring past. Details will appear on this website as the project progresses.