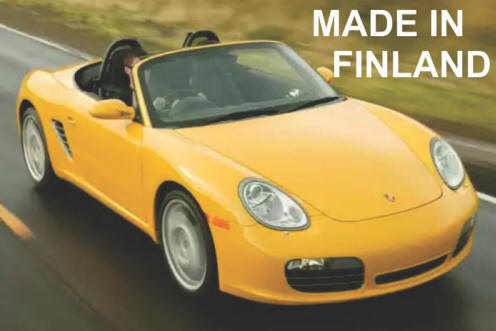 Where are they Made? Do you know where your car was made?

We can be pretty sure that Bentleys are British and Mahindras come from India. But it's not always as obvious as you might think with car makers and importers... A Porsche made in Finland, a Toyota from Thailand or a Fiat from Japan - or Poland?

Yep, it's true, but Porsche would rather you think a Cayman or Boxster was a solid German car than something built at the Valmet plant in Finland... Well, that's where they were made up until 2011. The same company, in the town of Uusikaupunki (catchy name), made various Saabs, Ladas and Opels, and today make the Mercedes-Benz GLC Class for some markets. For the comfort of Porsche owners, they're all made in Germany now.

BMW Australia sources its X3, X4, X5 and X6 SUV models from the company's Spartanburg plant in the USA, while Mercedes-Benz ships its ML and GL SUVs from America too. Their V-Class vans are manufactured in Spain.

While we're looking at the German makers, the Audi Q5 you buy in an Australian dealership was built in Mexico - and a Q7 in Slovakia. Q3s are made in Spain while the sporty TTs pop out of a factory in Hungary. Volkswagen sources its Polo from South Africa, Jettas from Mexico, Caddy vans come from Poland. Touaregs come from the same Slovakian factory as Audi Q7s while Amaroks come from Argentina. The big Volkswagen Crafter vans come to Australia from a factory in Poland. A note of interest, the first Polo Sedans (with a boot) from several years back, were the first Chinese-made cars sold in Australia.

You may be surprised to know that Jaguar's small E-Pace SUV is made in Austria (no, not Australia - we don't make anything any more).

The big American Chrysler 300 is actually made in Canada. Jeep's little Renegade is made in Italy (alongside the Fiat 500X with which it shares many components). The Jeep Compass is manufactured in India. 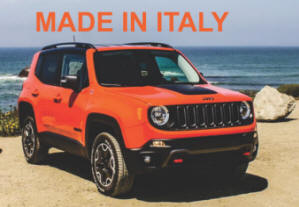 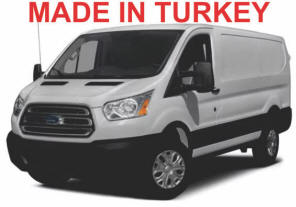 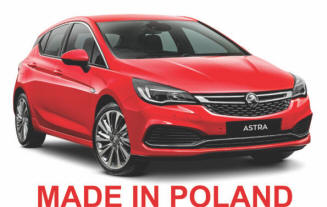 Fiat's mini cars have long been built at a plant in Poland and the current 500is no exception - even the hot Abarth versions. Their 124 Spider, again including the Abarth model, comes of the same Mazda production line that makes the MX5.

While the new Holden Commodore is widely known as a German-built car, the Astra comes from Poland, the Spark, Barina, Trax and Captiva all come from South Korea's old Daewoo factory while the Equinox hails from Mexico. Like most big 4WD utes, the Colorado and it's Trailblazer brother are made in Thailand. That's 5 foreign countries making Holdens.

Toyota's huge-selling Hilux is a product of Thailand, as is its related Fortuner and the Corolla. The Kluger is made in the USA.

In Australia, Honda sells us the Jazz, City, Civic, Accord, CRV and HRV all from Thailand. The NSX sports car comes out of the USA. Only one model, the Odyssey people mover is sourced from Japan.

Mazda also gets cars from Thailand – the 2, the CX3 and the BT-50 ute. The entire range of Isuzu vehicles come from Thailand.

Nissan sources its Qashqai and Juke from the United Kingdom, the forgettable Pulsar and Altima from Thailand. Like all its competitors – bar the Argentinian Amorok – the Navara is from Thailand. The Pathfinder harks from the USA. Infiniti imports their small (and small-selling) Q30 and QX30 from England.

The Suzuki APV van is the only vehicle we get that’s built in Indonesia. The Baleno is Indian made while the Celerio comes from Thailand. The Vitara comes from Hungary as does the ugly S-Cross.

A Citroen C4 Cactus comes from Spain. Peugeot’s 4008 SUV is from Japan. Renault is a bit more international, bringing their Clio from Turkey, Captur and Megane from Spain and Koleos from South Korea. 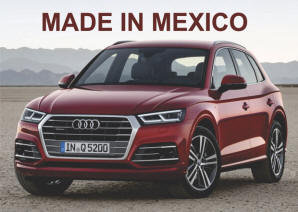 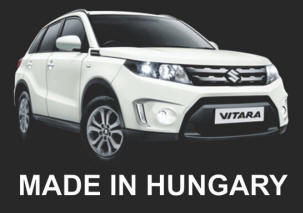